Head of Community at Commsor 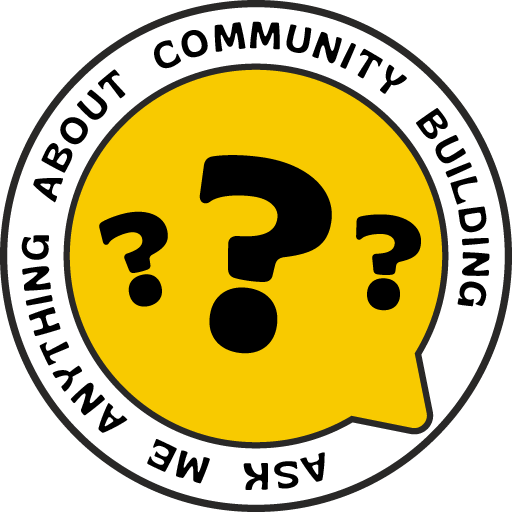 Hey folks! I'm Alex and I'm the new Head of Community at Commsor :D I've been involved with online community management for the past decade; I got my start at reddit (where I eventually became Head of Community), and I've been doing community and crisis consulting for companies large and small for the past 5+ years. I love helping people understand the importance of community, and to help build a framework for those communities to be healthy and successful.I'm so so excited to be at Commsor, and I can't wait to get to know y'all and work with you to help shape the future of community!

1. What are your thoughts on the ‘unbundling of Reddit’ (Ie. https://thehustle.co/reddit-unbundling/) - is the idea overhyped?

2. Are there enough big subreddits to spin out into meaningful independent communities?Favorite memory from being Head of Community @ Reddit? Tell us something fun and quirky from the Reddit community lore!

1. This is a tough one. I think it's inevitable in some regards--I've already seen it happen with some of the examples they provide in that article, as well as personal communities I have been a part of since reddit-days. A site like that can't necessarily accommodate the needs, desires, or scale of such a diverse set of communities, and it's really hard for any one company to build all of the necessary components to have a successful community space. So communities breaking off and forming their own spaces is definitely a thing, and other companies picking up the slack where they see gaps is also definitely a thing. Hopefully that ramble makes sense!

2. There are a lot of stories I would love to tell but probably shouldn't (hahaha), but one of my personal favourites was the Rally to Restore Sanity/Fear. It was so incredible seeing something develop organically within the community, and then getting to join up with those users and help build it into something way bigger was such an insane experience. It happened within ~5 months of me joining reddit, and I got to work with the users, admins, and some folks from the Colbert/Stewart team to get a physical event set up, borne out of a crazy idea on the internet. We met so many incredible people, and I still talk to some of them to this day!

Katrine - Hi Alex Angel! So happy to have you here! My first question for you is what was the structure of the community team at Reddit when you were there? And as on 'OG' community person, what are a few "keys to success" in terms of getting any type of community up and running?

When I first joined, Erik Martin was the only person officially on the community "team." We had another person join behind the scenes in what she so lovingly declared it as the "janitorial role" not too long after, and it was mostly just the three of us for a long time. As reddit grew exponentially, we brought on another CM to help wrangle all of the subreddits and another that was focused on international communities, and once Erik was promoted to GM I moved up to Head of Community and was able to hire three additional folks to help contain the madness.

The two most important things for building a successful community, imo, are having a "north star" (or whatever you prefer to call it) that everyone at the company and community is working towards. Without an understanding of the WHY behind what you're building, it'll be difficult to achieve your goals. You also should have a good understanding of the type of community members you want to have, so that you can lead by example and cultivate the culture you want (and you should have some good guidelines/rules as the groundwork, too). There are so many other things that I could say, but I really think those two things are crucial!

Jeremie - Great to meet you Alex Angel. What is your favorite community metric of all time?

Nice to meet you, too!! This question is a toughie, since I think it varies so much by industry and company. I'll go back to my response to Katrine's question about keys to success for a community, and say that you need to base your metrics off of the company's north star, otherwise your data is likely useless to some degree. I personally like tracking engagement, because I think that's a great indicator of a community's health. A fun metric that I like to track that has zero impact on anything that I've been able to find thus far is which emojis are used the most 😂

Mac - Ok ok so a question a lot of people here are probably wondering - what are your plans for this community? Don’t reveal all our plans quite yet of course 😉

I want the community we're building to be the go-to for anyone involved in or interested in community. People should be able to use us as the source of truth for any questions they may have, and we'll be able to help community managers convince the decision-makers at their companies of the importance of community. We'll educate folks, provide resources of all manner, be a great connector for industry professionals, and overall be a fun place where people want to be. There's still a lot of uncertainty about what it means to be a CM and that all it involves is dealing with unsavory things on the internet, and I want us to lead the narrative and make people see community as an equally important facet of any company; something that people seek out as a career rather than just happening into it like so many of us have in the past.Lots and lots of really exciting projects on the horizon that will be rolling out in the near future, so keep your eyes peeled ;)

Tee - Hi Alex Angel 👋🏽 Thanks so much for doing this. I’m wondering if you have some suggestions on how to inspire employees to become internal champions for community? (especially when most are thinking about 💰) And are there any metrics you’d suggest tracking their engagement?

Great to meet you, Tee! It's so important for employees to be involved in communities related to their company, regardless of what role they hold. It's where they can get hands on feedback and insight into their product, and it's where they can connect with existing and potential clients. Every company is different in what will work, but you could consider having that be part of onboarding for new employees so it's just the norm for them, and even require folks to find one think they they found interesting/inspiring/thoughtful/helpful/whatever within the community every week so that they're staying engaged. In the past I've set up a program where new employees had to do a ride-along with moderators (reddit is actually building out a much larger scale version of this right now, which is great) so they could get a deep understanding of what the day-to-day is, and to see how users participate on the site. This really helped build an understanding of the needs of mods and users, and the employees could understand where and why things needed to get worked on and advocated for.

As for engagement metrics, it depends on platform. Some platforms are naturally less active and engaging, while others are much easier to participate. I generally don't consider reactions to be engagement, but I know many places do because it's something that's relatively easy to keep track of and shows that users/members are at least reading what's being posted. I really like seeing how long it takes from initial account creation to first post/comment, and then how long it takes from that first comment to second. You can usually get a feel for who is gong to be an active participant based on that.

Cole - Thanks for doing this AMA, Alex! Just a couple questions for you 😄

1. Did you ever find yourself struggling to scale your moderation teams with the growth of your communities? If so, did you relax your criteria for mod recruitment?

2. What are some of your favorite events to host as a community leader?

1. Yes, and no... lol. I think having quality moderators is SO important for the success of a community, so in my opinion it's worth taking the time to find the right fit. This can definitely cause some pressure and stress if you're already overworked, but there's a very good chance you're going to have to take time to clean up the mess that a less-than-stellar moderator makes. Initial investment and all that jazz 😄

2. Honestly, my favourite events always end up being smaller hang-out sessions. At reddit, Erik and I spent a good amount of time working with folks to set up in-person get-togethers around the world (and we tried to attend or set them up if we were ever traveling!), and I found those to be super rewarding. Just like with the Colbert rally, I still stay in touch with people who I met through these smaller events. I think that online hangs are also great, even outside of pandemic times, so that you can get anyone involved. I love natural conversations that aren't totally structured because you can learn a lot from people in ways you weren't expecting at the get-go.